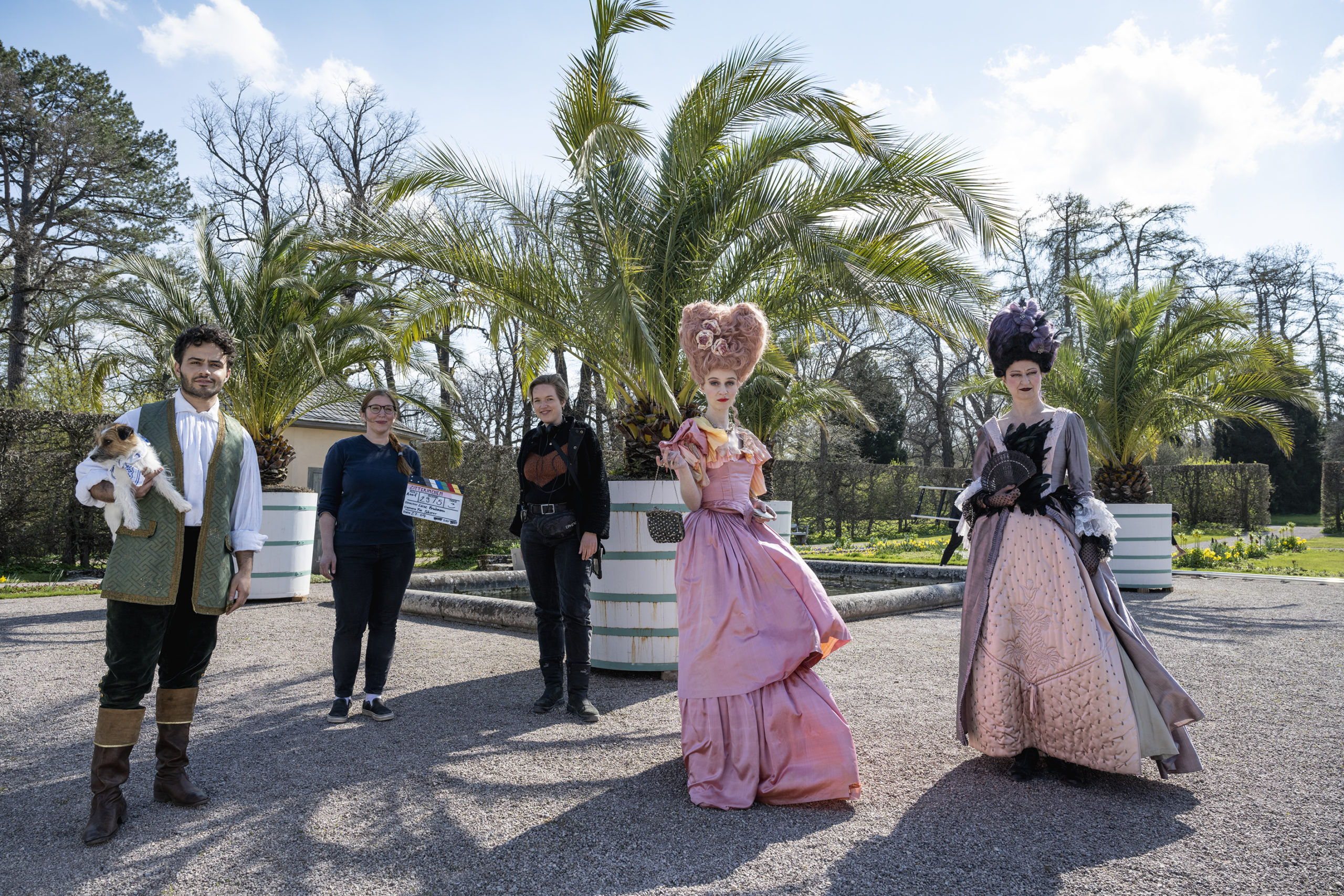 A production of Kinderfilm GmbH on behalf of ARD under the auspices of MDR and with the participation of Hessischer Rundfunk and Radio Bremen for Das Erste.

Summary:
It’s the 18th century. Alma, 20, and her sister Christine, 18, live in their little house on the edge of a village and provide for themselves. While the beautiful Christine jumps confidently and wildly through life, never wears shoes and is not afraid of anything, her sister Alma is more deliberate, downright shy and not nearly as self-confident. She is of somewhat sturdier build and indulges in her great hobby: painting. She has an extraordinary talent as a painter and her sister predicts a great future for her. After some hesitation, Alma takes part in a painting competition at the castle and is hired at the court of Prince Philip, 25, as a painter for his botanical almanac. Philip lives only for his plants, for science, and is modest and a little spunky. Noblewomen, who want to marry him, can’t get their hands on him. Instead, he gets along blindly with Alma, without realizing that she would be just right for him. Instead, he falls for Christine after seeing a picture of her with Alma. A love story unfolds, in which the evil baroness and her daughter play a decisive role, Christine almost dies, and a nymph and the little dog called Zitterinchen get involved. In the end all is well and if they have not died, then they are still alive today.